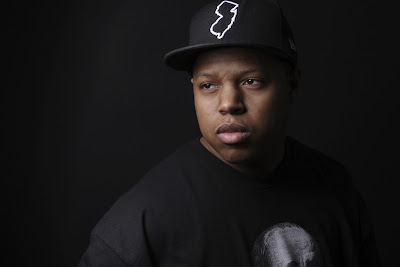 J.O AKA JODABOSSMAN
J.O. aka Jodabossman is known as an East coast lyricist and producer and film writer. Since started J.O grew to be known as New Jersey’s unofficial storyteller. J.O. has had many projects with rappers such as Mr. Souless, Treyace, CYB, Tommy Illdude, & Jeff Ransom and other known artists. He has also been featured in a short film w. Tommy Illdude. His first known Label Album along with rappers Treyace and Mr. Souless was Talks Over Vol 1. As a group they knew more sound needed to be progressed so they continued with their music and worked on another official Mixtape/Album called Barfest 2012 by Mr. Souless ft. Treyace. The stages that J.O. and his group rapped upon were known to get bigger and better with their new created sound. As J.O. brought to life the new sound and progressed to make his and the groups’ music stand out, he also reached out to those who also needed influence with their music. The side that you see from J.O. is not the side that you see when music is presented. You recognize drive, inspiration and the ability to be strong and determined. When work is needed to be done, there is no sleep for J.O. If you don’t think you can depend on J.O. think about his love for the music that he creates and the beats that are made. There are times J.O. will push you to make you realize that you have potential and that you can better yourself with the creativity. To keep his image alive, he stays to his self and continues to progress as his music does within the industry. J.O. is a dedicated music producer who does anything to make sure that the music that is created for whomever he works for is indeed created with the right sound. He is also inspired by his dad’s known success in the music industry as well.

Email ThisBlogThis!Share to TwitterShare to FacebookShare to Pinterest
Labels: J.O.

Jeff Ransom - Luck of the Draw